How do you manage your emotions and choose to display behavior that is acceptable? In other words, how do you display self-control? Self-control is the character trait for the month of April. I have to admit to having difficulty with this character trait, at the moment, and I can only imagine how difficult it can be for our little ones. 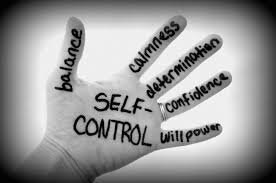 My mother passed away on March 23, 2017. That was less than two weeks ago. Since learning of her death, my emotions decided to run downstairs, grab my daughter’s green pogo stick, and try to balance themselves, despite their obesity. They’d gorged themselves off of the six words, “Your mother passed away, today, Nicole.” Who knew that six simple words, when combined, could be so disgustingly fattening? My emotions blew up instantly. And, like I said, they tried to balance themselves on a child’s pogo stick. They bounced up and down, all the while wobbling and barely maintaining an upright position. I am that pogo-stick, struggling to keep this heavy burden balanced in order to display what others consider acceptable behavior. The question is, what is acceptable behavior?

Some would say it is to grieve by showing an emotional display of tears. Others might say that I should be able to scream and have bouts of anger. There are those who’d understand my decision to embrace laughter. Then there are many (and I state this because I have heard this many times over the past week and a half) that feel that I should display strength . . . for myself . . . for my daughters . . . for my family. And, to be honest, I agree to a certain extent. 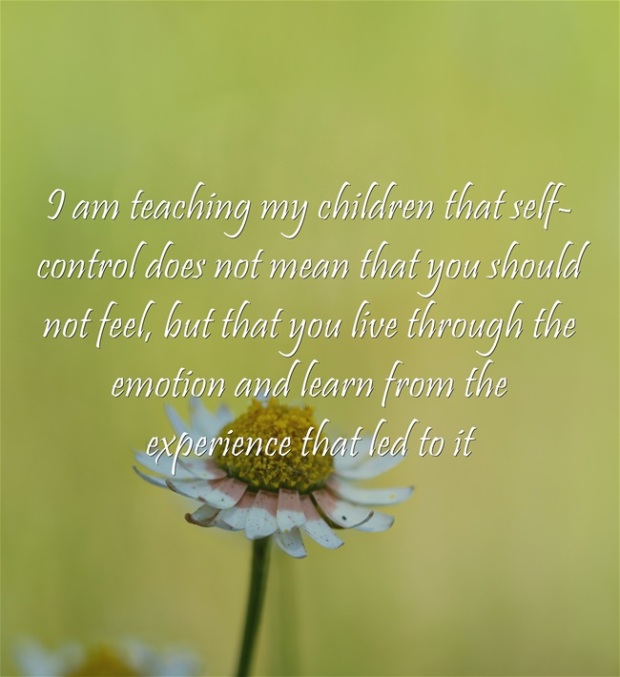 While I think that self-control is a very important and necessary character trait, I recognize that there will be times when my emotions might just get the better of me. There is only so much weight a Pogo-stick can take before it bends and possibly collapses. So, I’ve been managing by allowing myself to grieve, to give into my emotions – allowing them to thin themselves out some, so that I can manage to hold them – myself up. I recognize that I can feel sorrow and I can cry. I can even sob, uncontrollably. I can feel angry that my mother is not here, and that’s okay. I can also laugh at the hilarious things that my mother did and said. And, I know that I’m displaying strength in each and every action, because I am human, and these emotions are natural, and I’m living through them without harming others or myself. I am teaching my children that self-control does not mean that you should not feel, but that you live through the emotion and learn from the experience that led to it, so that you can display the true strength of facing another day.

I state all of that to state this: As early childhood education professionals, while wearing so many hats that match our imaginary superhero cape (because let’s face it, we want to save the world by ensuring the future of our well-educated, well-rounded children), we sometimes forget that we are not indestructible, but mortal and capable of facing situations that are unexpectedly heartbreaking, and extremely difficult to live through – but live through, we must. We sometimes think that our strength is found in forcing ourselves to be robots – emotionless, when our strength lies within our emotions – our ability to feel. If we’re going to mirror the behaviors that we want our children to display, then our reflections must show our true humanity.

2 thoughts on “Self-Control: What is Socially Acceptable Behavior?”